How to wake UP EARLY and not feel tired without alarm! I woke up at 5AM for one year. It`s POSSIBLE!

how to get up early in the morning at 5 o`clock how to wake up early and not feel tired without alarm Aug 04, 2020

Have you ever wanted to wake up early, on a consistent Basis, without feeling tired and fatigued?

For many People, the idea of consistently waking up early, without Effort even, seems absolutely impossible. And it did for me too. For a long Time, I`d been sleeping in late. But after I read the 5AM-Club by Robin Sharma one year ago, I was confinced that I could actually make that Change.

And since then, I´ve learned so much, and I love waking up so early, running my Morning Routine and feeling on FIRE almost every day. And in this Episode of the A-Players Show, I´ll reveal how you can wake up early too!

I hope you enjoy, and let me know what you think!

What if you could double your Productivity and defeat Distractions?

Join the 5-day Elite Productivity Challenge, and you`ll learn how to defeat Distractions and Procrastination, how to achieve more in less Time and how to prime yourself for Success every single Day. Valued at 199€, but yours FREE today. Join now, and change the Way you`re showing up every single Day forever! 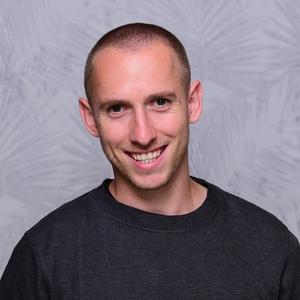 Hi, I am Yannik. Always learning, experimenting, trying and growing in Leadership and Personal Development. Here I share the Lessons I learned to speed up your Learning-Curve so that you can be the Leader of YOUR Life and make a difference in the World! Make sure to say "Hi" on Social Media and sign up for my Newsletter to get weekly Inspiration, Learning and Challenges directly into your Inbox!

Wait! I have a FREE gift for you!

Get it now!
Close

What if you could double your Productivity in 5 days?

This video-series will help you live in a peak state, eliminate distractions and achieve double in less time! Valued at 149€, yours FREE today! PLUS, access to invaluable worksheets and summaries!